Donald MENNIE (唐纳德·曼尼) was born in Scotland in 1875/6 and arrived in China c.1899. His atmospheric, classically composed photographs, are in the Pictorialist style, well suited to publication in souvenir photobooks. Mennie became Managing Director of the pharmacy A.S. Watson and Co., in Shanghai. During the 1920s, he published his photographs in China by Land and Water; The Pageant of Peking; Glimpses of China; China, North and South; Picturesque China and The Grandeur of the Gorges. Mennie’s photographs illustrated My Lady of the Chinese Courtyard by Elizabeth Cooper (1914) and The Great River: The story of a voyage on the Yangtze Kiang by Gretchen Fitkin (1922).  Mennie was interned in the Lunghua Civilian Assembly Centre, Shanghai by the Japanese military in March 1943. He died while interned on 10 January 1944.  See https://en.wikipedia.org/wiki/Donald_Mennie. 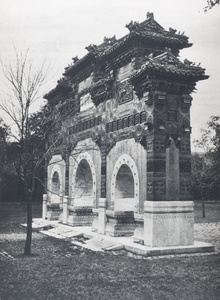 Glazed archway of the Guozijian, Peking 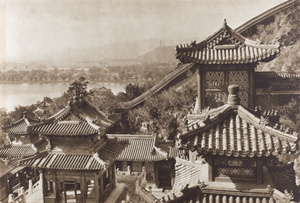 The Bronze Pavilion, or Pavilion of Precious Clouds (宝云阁), and Kunming Lake, Beijing 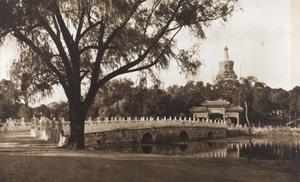 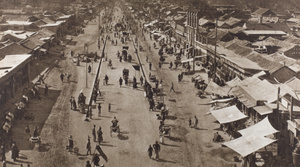 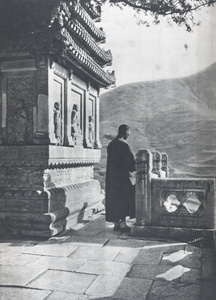 Monk at the Temple of the Azure Clouds, Peking 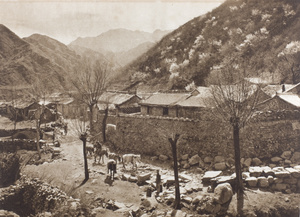 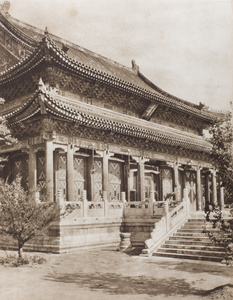 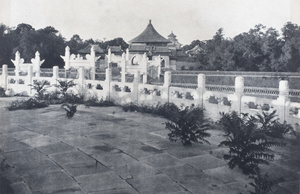 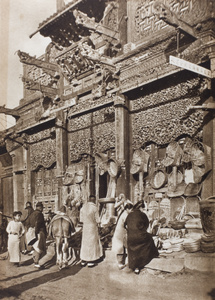 Customers outside a hardware and basket shop, Peking 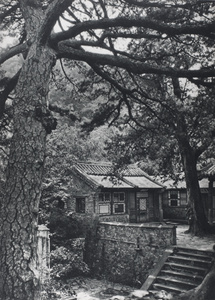 The Temple of the Dragon King, Western Hills, Peking 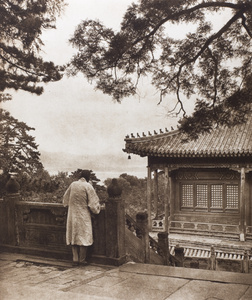 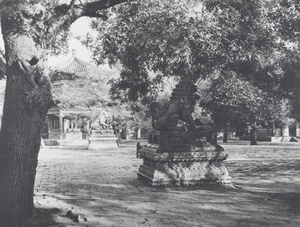 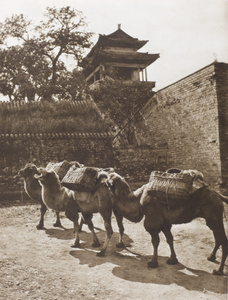 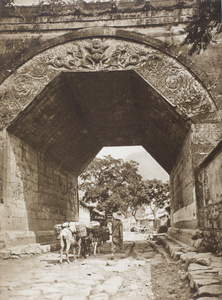 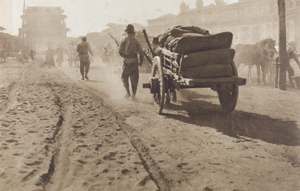 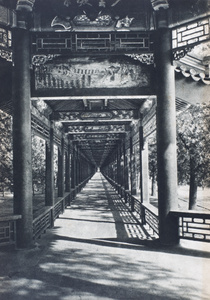 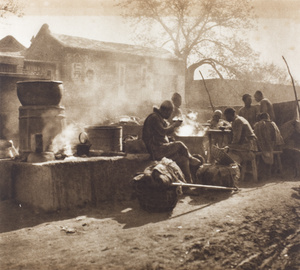 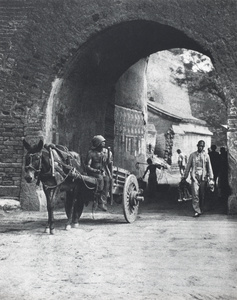 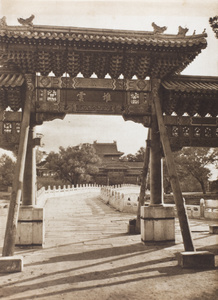 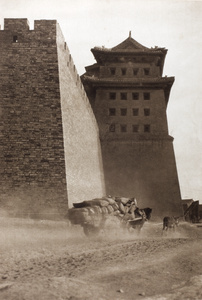