The author, journalist and historian, Malcolm ROSHOLT lived in China from 1931 to 1937. He was a reporter and a photographer in Shanghai, working for The China Press, covering the Sino-Japanese war in Shanghai in 1937. Either George Lacks or H.S. "Newsreel" Wong inspired Rosholt to buy a Leica 35mm camera, which Wong purchased for Rosholt in Hong Kong. In 1937, Harrison Forman showed Rosholt how to shoot pictures with the latter's new Leica. In a letter Rosholt wrote to Tess Johnston, Rosholt recalled that: "He (Forman) had a light meter which he waived around a minute and told me to set my camera at 6.3 and 100. I never changed this setting when outdoors." (Rosholt's camera settings: aperture of f6.3 and a shutter speed of one hundredth of a second). For two years from 1943, he returned to China as a Liaison Officer for General Claire Chennault, commander of the US 14th Air Force (the 'Flying Tigers'). Rosholt wrote an autobiography Rainbow Around the Moon, and a memoir The Press Corps of Old Shanghai. Malcolm Rosholt was born on 8 September 1907 in Rosholt, Wisconsin, USA, where he died on 21 February 2005. Photograph of Malcolm Rosholt: Ro-n0548. 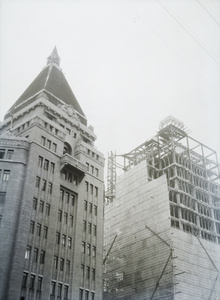 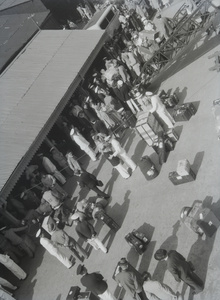 Ship passengers and luggage on quayside 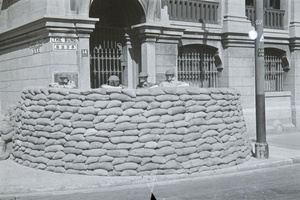 Sandbagged redoubt and soldiers outside Bank of Communications, 14 The Bund, Shanghai 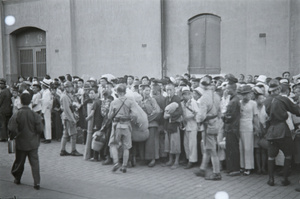 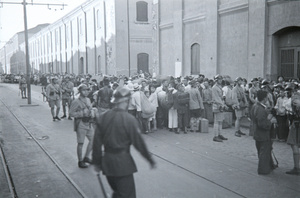 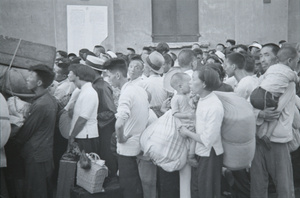 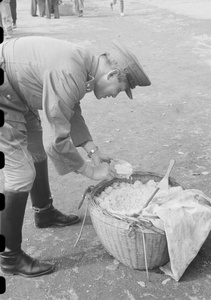 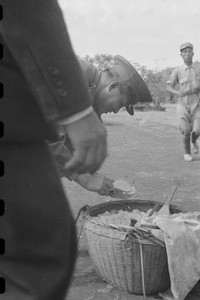 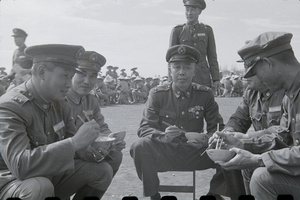 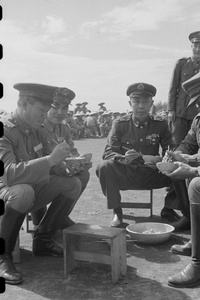 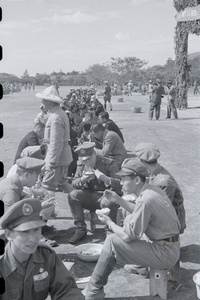 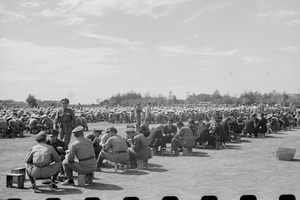 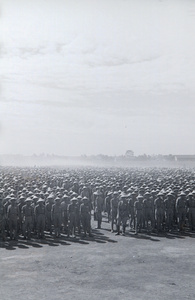 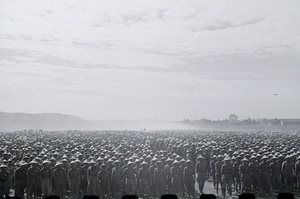 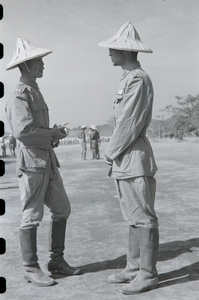 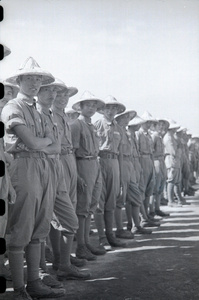 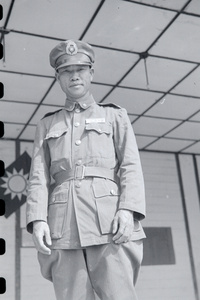 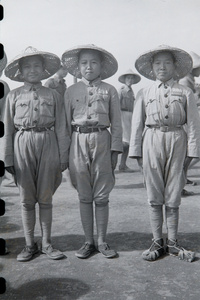 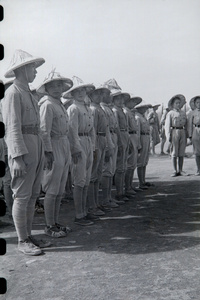 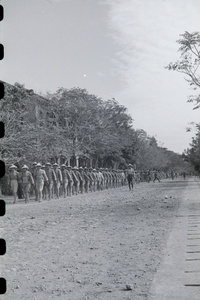