The commercial photographer AH Fong had studio shops in Shanghai and in Wei-hai-wei (Weihai), and was active in the 1930s. Ah Fong is not to be confused with Afong, which was the professional name of Lai Fong, (c.1839-1890), the pre-eminent nineteenth-century Chinese photographer, who founded the Afong Studio in Hong Kong, active from 1870 to the 1940s. A book of assembled photographs entitled The Sino-Japanese Hostilities Shanghai 1937 was sold by 'Ah Fongs Photographers', Nanking Road, Shanghai, although the photographs therein were apparently taken by two photographers identified only as: “S.S.” and S.C.S (our copy of this book of 200 tipped-in photographs has the HPC reference JM04). The Index to another version of The Sino-Japanese Hostilities Shanghai 1937, containing 110 assembled photographs, states the following: 'Photo by Ah Fong Photographer / 819 Nanking Road / Shanghai'. See Kn01-210 (a photograph of Ah Fong's studio/shop in Shanghai). 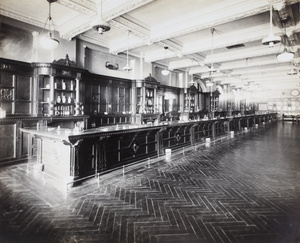 The 'Long Bar', The Shanghai Club, 2 The Bund, Shanghai 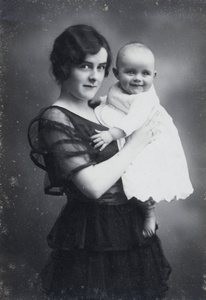 A woman with her son Michael, aged 6 months, Shanghai 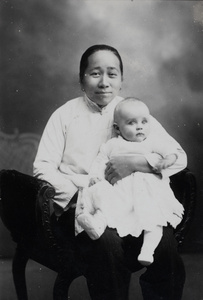 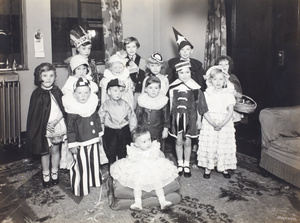