Charles Frederick MOORE (1837-1916), photographer, administrator, writer and notary public, was born in Manchester, England on 1 August 1837. In 1860 he began working in Hong Kong, at the Colonial Office’s Commissariat Department. He served as a paymaster for General Charles Gordon's forces in China during the Taiping Rebellion, and, for nine years, in the Imperial Maritime Customs Service in Beijing. Moore photographed extensively in north China and also around Ningbo and Jiujiang. C.F. Moore married Bibianne Yii at the British Legation in Beijing on 23 March 1868 and the couple went on to have eleven children. The Moore family moved to British Columbia, Canada in 1885, and Charles worked as a notary public. He died in Victoria BC on 21 June 1916. Surviving glass plate negatives (MS-3171) and an album (MS-3171.1) are among items held at the BC Archives, Royal BC Museum, Victoria, British Columbia, Canada. Notably among these negatives, there are more than a dozen photographs of the ruins of the European-style palaces at the Yuanmingyuan (圆明园) (‘Old Summer Palace’), Beijing. 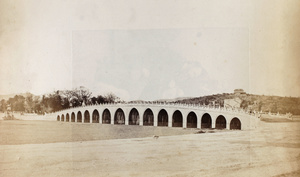 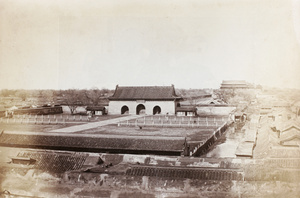 Zonghuamen, the first gate to the Imperial City, Beijing 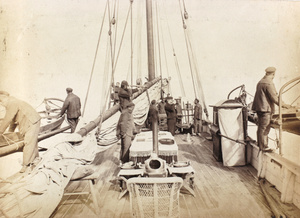 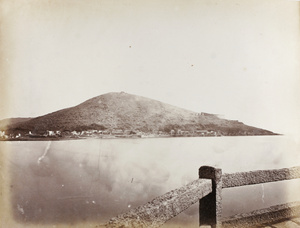 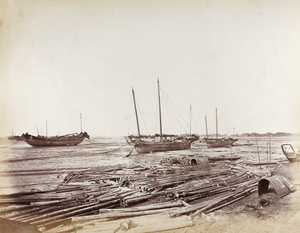 Rafts and junks at Zhapu 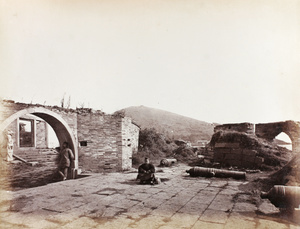 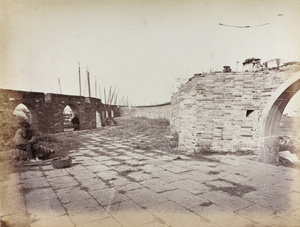 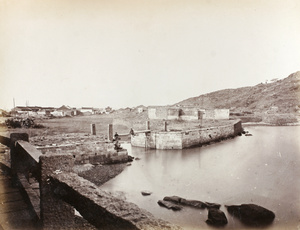 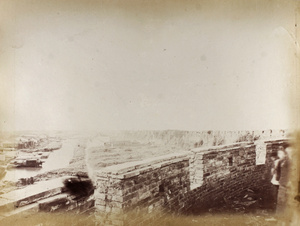 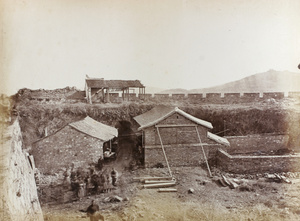 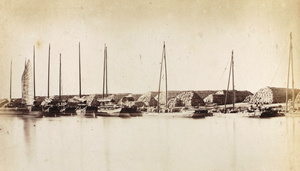 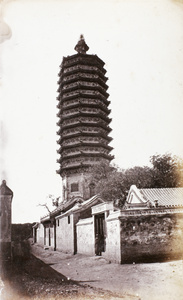 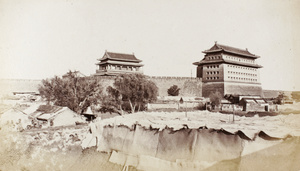 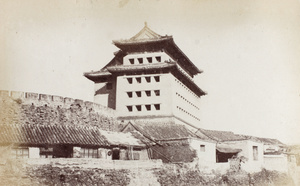 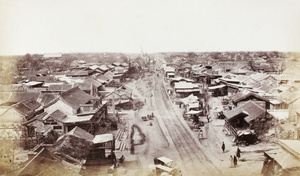 View from Chongwenmen towards the Inner City, Beijing 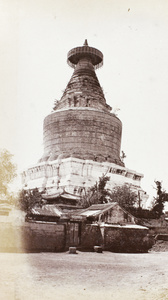 The White Stupa at the Miaoying Temple, Beijing 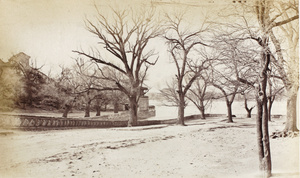 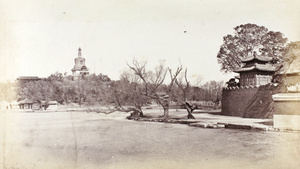