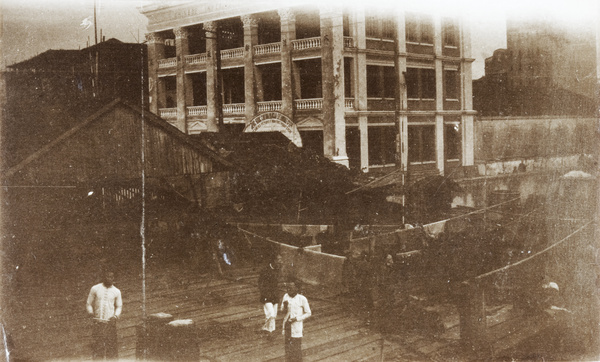 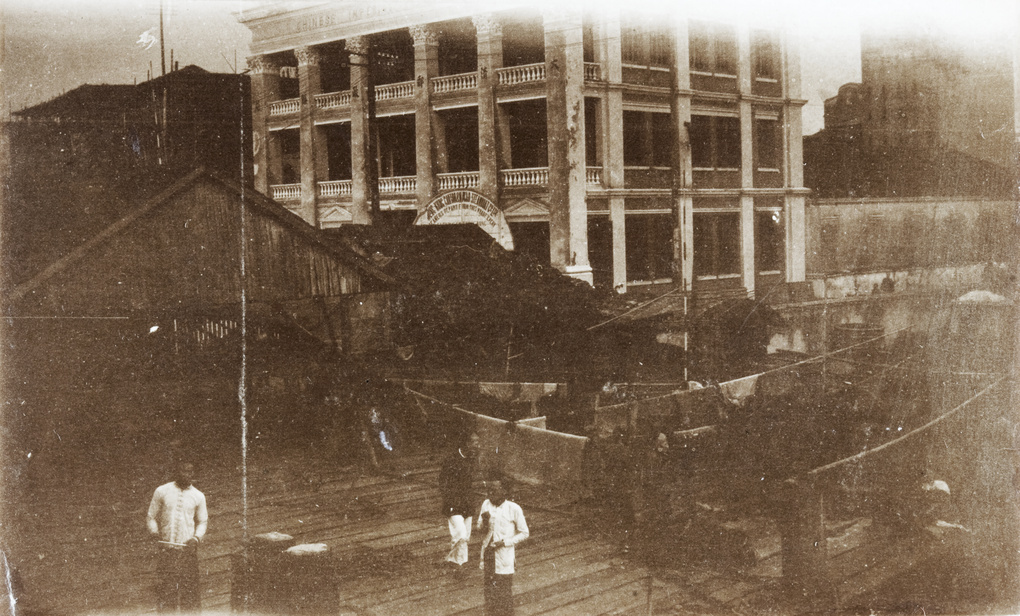 University of Bristol - Historical Photographs of China reference number: BL02-044.  The sign by the building reads: "Hong Kong, Canton and Macao Steamboat Co. Ltd. Steamers depart from the wharf every [...]"  On the top of the building: CHINESE IMPERIAL [...].  This may be a Chinese Imperial Railway building.  This photograph is from an album entitled "Chronicle of a Tour of Pelissier's Follies". Pelissier's Follies was a British theatre troupe set up by the English producer H.G. Pelissier. The group toured Asia in 1911 including stops at Shanghai, Hong Kong and Tianjin.