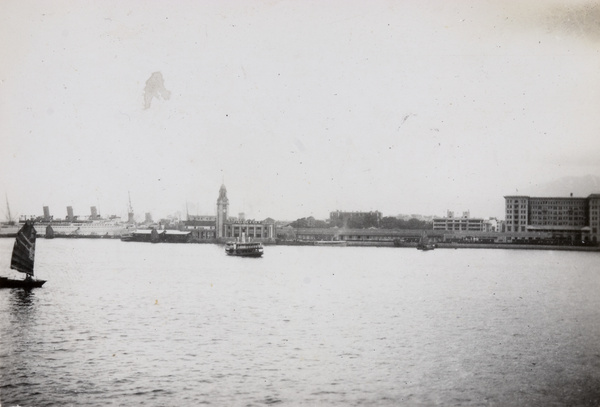 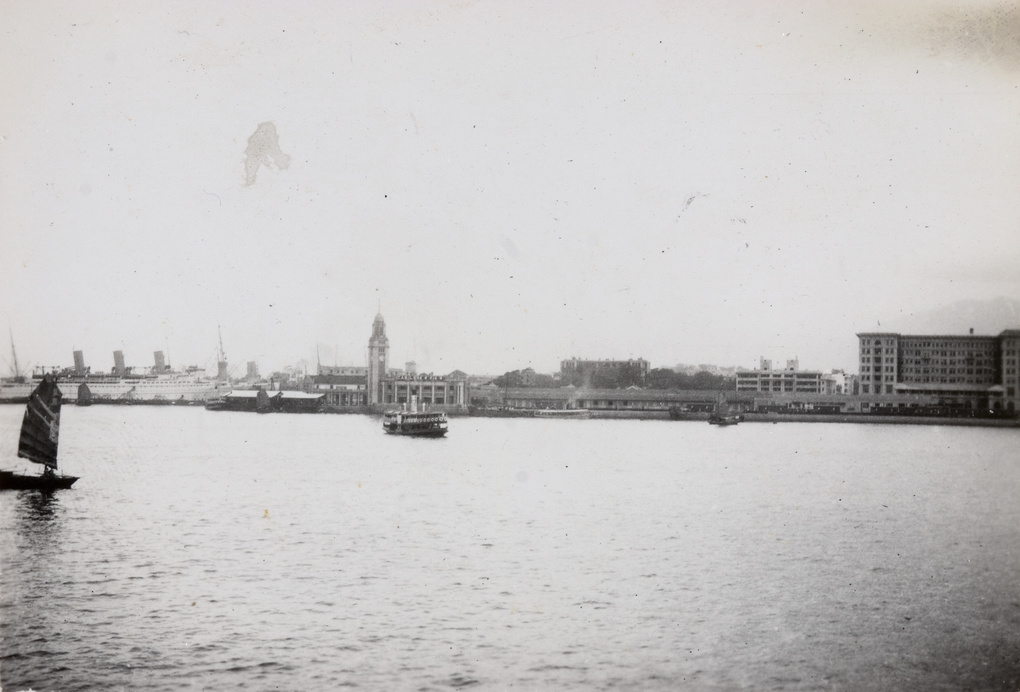 University of Bristol - Historical Photographs of China reference number: FH01-250. In the background, on the left, is the Star Ferry Pier. Kowloon Station (former Kowloon-Canton Railway), built between 1913 and 1916, can be seen next to it. The Clock Tower is the only remaining part of the old station building, which was demolished in 1977. On the right are the Marine Police Headquarters, built in 1884.