Thomas Frank CRELLIN (1883-1949) was a photographer and cinematographer. He was based in Shanghai from c.1923 to 1927, working for Eastman Kodak at the Kodak Professional School. He also worked at various times in Cabo Verde, São Tomé, Angola, Mozambique, South Africa and in the UK. Tommy Crellin was born in Hammersmith, London on 20 January 1883 and died in Port Elizabeth, South Africa on 16 February 1949. Photograph of Thomas Crellin: DC-s02. 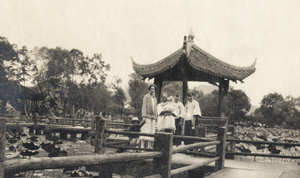 Lily Crellin, with Cecil Crellin and Chinese women, on a zigzag bridge, Hangchow 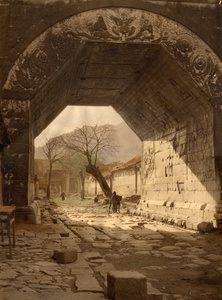 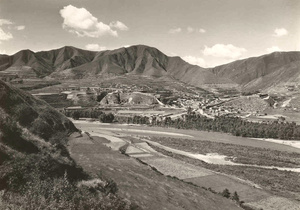 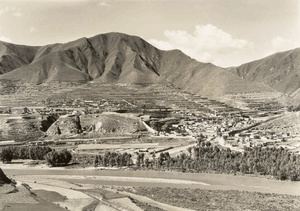 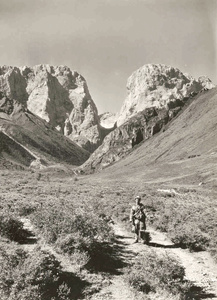 A mountain guide on a track towards mountains

Valley in mountains, with mountain guides 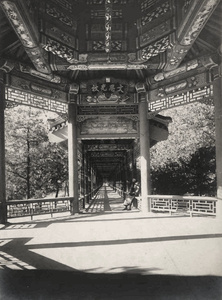 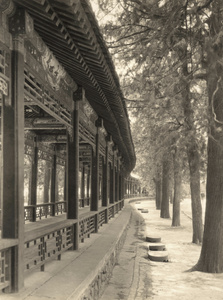 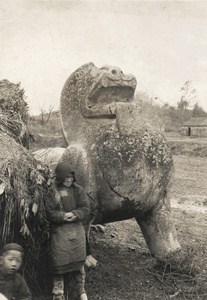 Winged lion (Pixiu), with a farm worker and a child, tomb of Hsiao Hsui, near Nanking