William SAUNDERS (1832-1892) was born in Woolwich, London and travelled to China as an engineer in 1860. He returned to Britain, studied photography, and then went back to China with photographic equipment. He photographed in Tientsin (Tianjin) in 1861 and then opened a studio in Shanghai in 1862, one of the city’s first. Saunders was a highly successful commercial photographer, specialising in portraiture, but also photographing everyday life, events, architectural, topographical and genre scenes. In 1871, he published his ‘Portfolio of Sketches of Chinese Life and Character’. William Saunders retired in 1888 and is now recognised as one of the most important photographers in nineteenth-century China. Source: Terry Bennett 'History of Photography in China - Western Photographers - 1861-1879', Quaritch 2010, pp83-106. See also https://en.wikipedia.org/wiki/William_Saunders_(photographer). 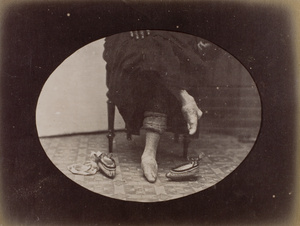 A woman with bound feet, sitting, with her shoes nearby 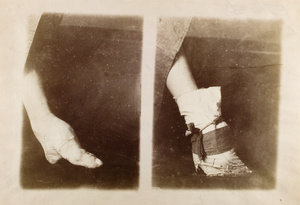 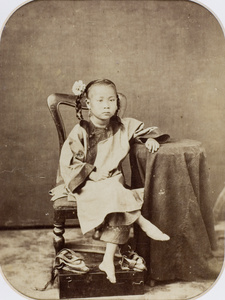 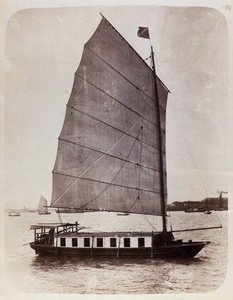 A foreigner’s houseboat, on the Huangpu River, Shanghai 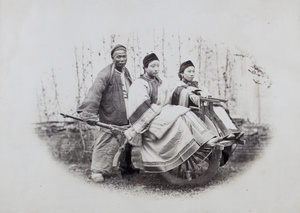 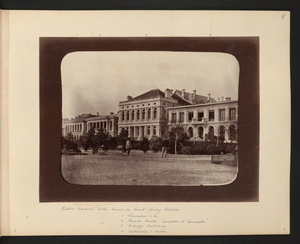 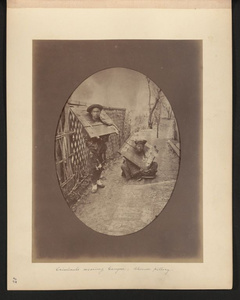 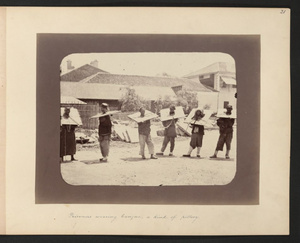 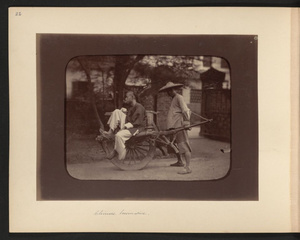 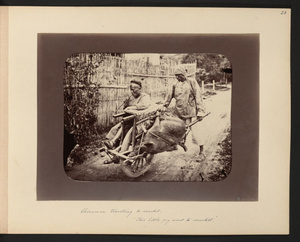 A man and a trussed up pig, on a wheelbarrow, with a porter 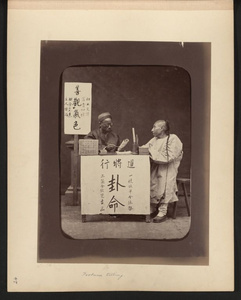 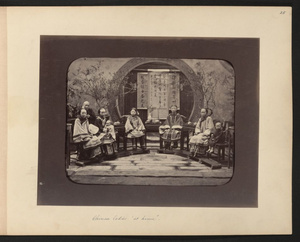 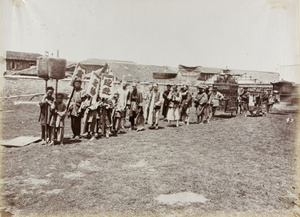 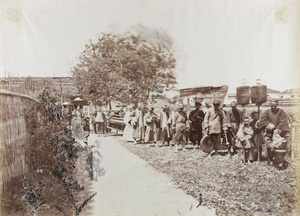 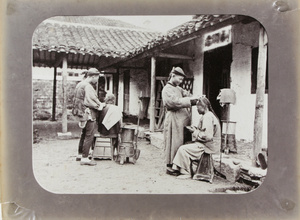 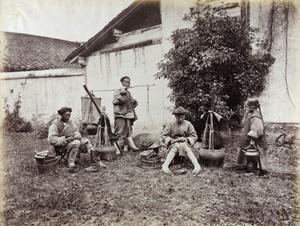 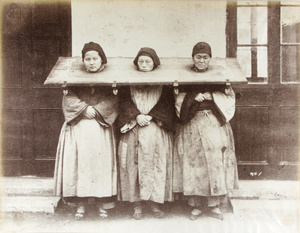 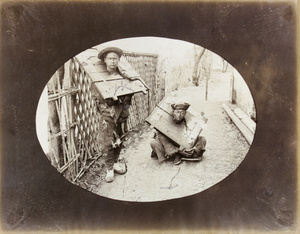 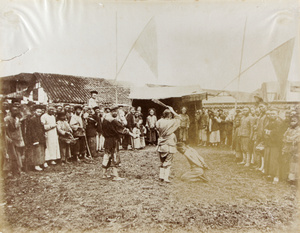 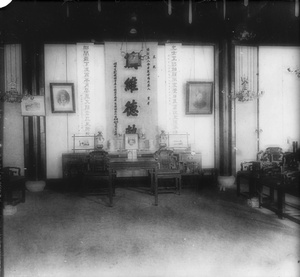 A room in the house of a well-to-do family, Shanghai