Captain Ernest Duncan Edinger (1894-1980), was born in Lewisham, London, on 6 October 1894. Serving in the Royal Army Pay Corps (RAPC), Ernest Edinger was sent out to Hong Kong in 1933 and then on to Tientsin after some six months, along with his wife Margaret Rattray Edinger, née Williamson (1903-1971), daughter Elizabeth and son Leland (Lee).  The family lived in Tientsin until 1936. Edinger’s career in the British Army began in 1915, in the infantry, Middlesex Regiment. He was commissioned as a captain in the Corps of Military Accountants, which was later absorbed into the Royal Army Pay Corps. By 1961, he was a Colonel in the RAPC. Only a selection of the Ernest Edinger Collection is currently online – more to come. HPC refs: Ed01, Ed02, and Ed-s. 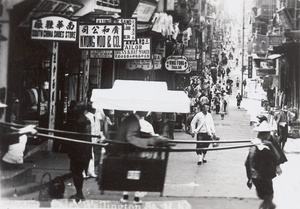 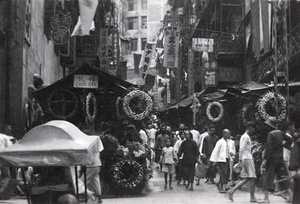 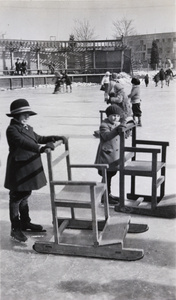 Elizabeth and Leland Edinger skating at the Country Club, Tianjin 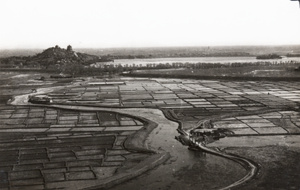 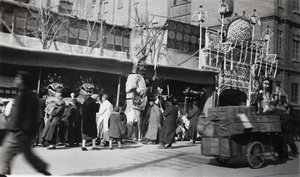 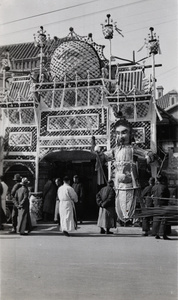 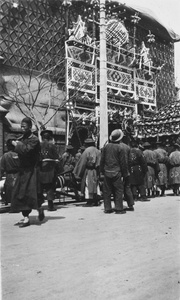 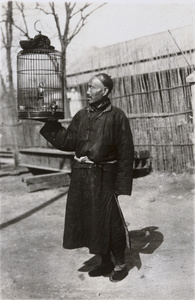 A man holding up a bird in a cage, Tianjin 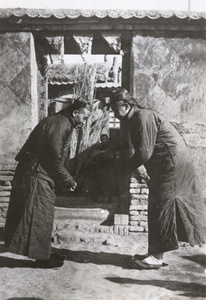 Two men greeting each other formally 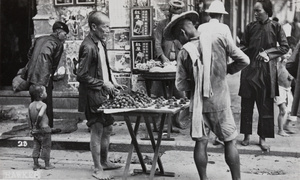 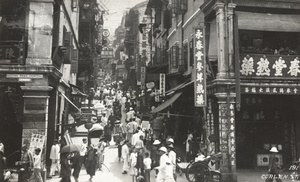 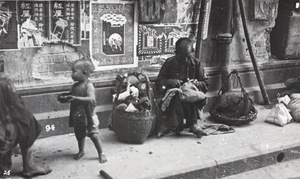